Cadiz is a city of Spain that once you step on it, you immediately fall in love; vivid green water dotted with fishing boats, white buildings as far as the eye can see, skinny cobbled streets running from one side of the peninsula to the other, and a buzzy, local vibe with characterful tapas bars on street corners.

After falling in love with Cádiz on my first visit, I just know it’s somewhere I’ll return to again and again. It’s historic. It’s quaint. It’s charming. And however hard I try to describe why it’s special. Is Cadiz worth a visit? Yes. Definitely.

If you’re into history, this is the city for you! Founded by the Phoenicians 3,000 years ago, Cadiz is one of the oldest cities in Western Europe. The Romans also settled there, building an impressive city (some of which is still in existence today!)

But for those less interested in the past, there’s plenty more to this city. There are several beautiful beaches, including La Caleta right in the centre. There are wiggly narrow streets, beautiful tree-lined plazas, fountains, great restaurants and sensational views.

Everything in all town; To understand Cádiz, it’s important that first you need to befriend its barrios (districts). The old city is split into classic quarters: the Barrio del Pópulo, home of the cathedral, and nexus of the once prosperous medieval settlement; Barrio de Santa María, the old Roma and flamenco quarter; Barrio de la Viña, a former vineyard that became the city’s main fishing quarter and Carnaval epicentre; and Barrio del Mentidero (said to take its name from the many rumours spread on its streets), and centred on Plaza de San Antonio in the northwest. 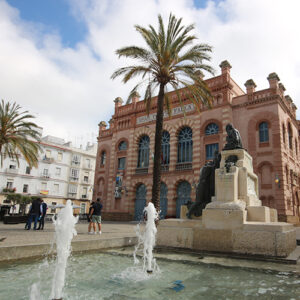 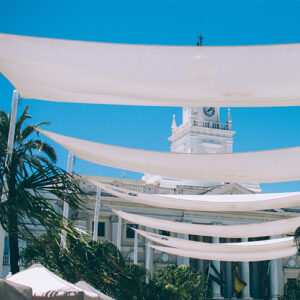 Cádiz smells unforgettably of fresh fish. My recommendation is to go through Calle Virgen de la Palma, in the Barrio de la Viña, is the city’s go-to fresh-seafood street. Calles Plocia and Sopranis, off Plaza de San Juan de Dios, are upmarket eat streets. There are good options off Plaza de Mina in the Barrio del Mentidero for tapas and a colourful atmosphere.

My top recommendation for quality-price is:

Cádiz’ accommodation scene lacks the boutique flair of, say, Vejer or Tarifa. But there are some comfortable, characterful hotels, including good-value bed & breakfast. I recommend the following one:

Have your summer elevated in Andalucia